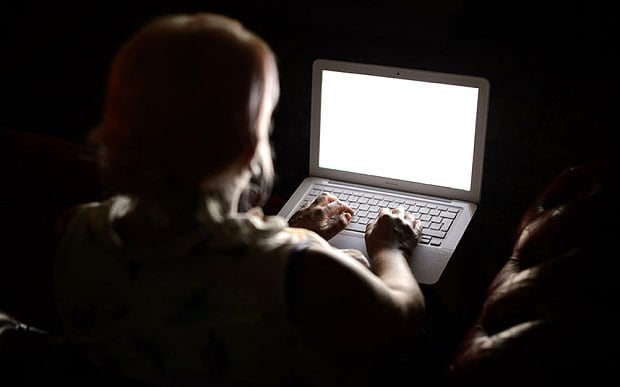 Now, this may sound like an odd topic for a needlework blog, however do bear with me! More and more over the last 18 months or so I have noticed a disturbing trend in, well let’s say ‘less than supportive’ commenting on social media.

Back in the dark ages, when I first made the move into textile teaching, Facebook wasn’t heard of and neither was Twitter.  Classmates were supportive of their fellow students and, if they were asked for a genuine opinion, they gave it in such as way as they would like to receive it themselves – constructively and with kindness.  Now don’t get me wrong – I’m not trying to pass them off as the ‘good old days’ – there were of course disagreements and issues between students studying together in a class.  People are very different and their people skills also vary substantially.  Some boast, some complain, some like to ‘lord it’ over others which can make other classmates want to avoid them like the plague.  However all of these face to face issues felt substantially more honest than some of the unpleasant and sometimes downright nasty comments I sometimes come accross on Social Media now.  What makes someone think it is clever or impressive to disrespect the work of another?  OK – it may not be your taste and it may be very basic, when somone is just learning, but does this give you the right to say something, often under the cover of annonymity, that is hurtful, rude or just downright nasty?  I don’t think so.  When someone posts work on, for example, Facebook, or has sets up a blog for their sewing, they are putting their heart and soul onto the page.

Ta dah Finished Really pleased with how this turned out. Not something I would have chosen to make, but pleased I did. #schoolofstitchedtextiles #imintheguild #cityandguilds

Please let us all remember that everyone has to start somewhere and, if they receive rude or hurtful comments early in their creative journey, they may give up not just on their textiles, but also on anything else creative from that point on, believing they are simply ‘rubbish’ at it or even worse, taking it as a personal attack and becoming depressed because of it, with their self confidence affected for life.  All because someone wanted to look ‘big’ when they made that supposedly clever sarcastic remark.
We tend to think that it is the ‘odd few’ who make remarks like this online, but actually figures suggest that a third of US citizens have trolled someone – meaning that a commenter has crossed the line by deliberately trying to upset one or more people. Interestingly trolling is more prevalent in older internet users. You can find more ‘fun’ facts at the address below, but can I make a plea to everyone who uses social media to spare a thought for how other may be affected before they post – treat others as you would want to be treated yourself.
https://www.bustle.com/articles/45430-online-trolling-statistics-reveal-almost-one-third-of-millennial-americans-admit-to-being-internet-trolls

Gail is Head of Centre and a Technology Enhanced Learning Specialist. She has numerous City & Guilds qualifications, Teaching Certificate in Adult and Further Education, BTEC Diploma in Art & Design, Bachelor of Design (Hons) specialising in design for Textiles & Metal, Post Grad Cert in Education, MA in Education and a PhD in Education.
View all posts by Gail Cowley →

Creators and makers.... whether you work to commis

Our City and Guilds accredited courses provide an

Beautiful Hand Embroidery course work by one of ou

“Stitching really is central to who I am. I need

@wholeclothstudio⁠ ⁠ After moving aboard a 44f

"I have thoroughly enjoyed my last two years of st